As a former teacher and tour guide/tour manager, I take both students and adults across Europe (and formerly India and North Africa). When I taught History in a secondary school in London, the History department had never taken the students out, even into London. Why? Because of the level of paperwork and health and safety assessments and the threat of what might happen should anything go wrong.  I was the first to take the students out. I am also a proud aunt to two fabulous little girls, so I have some sense of what it feels like from the parents’ point of view. I write this not to criticise, but to provoke a conversation about how blame culture is preventing the next generations from really living.

Today I watched a TED talk  https://www.youtube.com/watch?v=kidwSFte8-E   (one of my guilty pleasures, up there with Snickers ice creams, but better as it develops my mind rather than my waistline) by the youngest person to have travelled to every single country in the world, Lexie Alford; a twenty-one year old American girl who is truly impressive. She spoke about getting out of her comfort zone and how we should all do the same. Leave the routine behind and embrace our fears. She said that in all the time she spent travelling there was only one occasion she felt in fear for her life, whilst in the Yemen. And this was because she mistook the gunfire from a wedding party for an act of aggression, so it was a cultural misunderstanding rather than a need for fear.  In short, she encompasses how I feel about travel.

Similarly, today I spoke to a friend of mine working with American students who come to Barcelona (where I live) for a semester or so and she said that she was taking the students out to Sitges, a resort town nearby where people go to enjoy the lovely beaches and sea. However, the students were not allowed in the sea. Why? Because of the heat wave. Because if they were ‘kept under the sun’ then that could be construed as the fault of the company and they might be sued. Never mind that these were not three year olds, but college age students who were presumably capable of mentioning if they felt they had spent too much time in the sun. Never mind that part of becoming an adult is about assessing risk for yourself and being a responsible adult means looking after yourself.

This, unfortunately, is an all too common scenario in travel. A focus on existing rather than living. Yes, at the end of it no lives are lost, but then again, no lives were lived either.  It is representative of a larger problem and one I have written about before. Fear. Fear is used to control. It’s used to sell and most of all it’s there to prevent. It prevents you from doing, from being, from living. If the purpose of our lives is to eliminate risk entirely, we also run the risk of eliminating living entirely. And yet, in the travel world, unfortunately far too many school boards and their teachers, for (a very rational) fear of being sued, prevent students from really being able to experience life when they travel. Clearly there is no need for unnecessary risk, but if we are at the stage whereby students are prevented from activities, particularly like going in the water on a hot day, then perhaps it’s time to reflect upon why we encourage young people to travel. If we impose boundaries and limits on the way in which they can explore and live, how much ‘travelling’ are they really doing?

Students themselves often turn up fearful. I ask them to actually detail their fears and they rarely can. They just feel scared at the unknown, believing the world to be a big, bad place. The absolute opposite is true. The problem is the twenty-four hour rolling news cycle which people perceive as ‘reality TV’ and the crimes reported on as a common occurrence.

Parents are understandably worried about their children. My mother still doesn’t like my going hiking alone, at the grand old age of 42, and I can understand her fear. But I have experienced the very best in human nature precisely because of being alone. The moment I reached the top of a Greek mountain without water because I forgot it at the bottom. By the time I realised it was too late to go back and retrieve it but a kind German who gave me almost his entire supply. As well as being my Insta boyfriend for half an hour 😉 Or the group of guys I met who guided me through the slot canyons that I would definitely not have found nor been able to navigate alone (they had to haul me through various parts) and who then helped me with my flat tyre in one of America’s national parks in Utah. 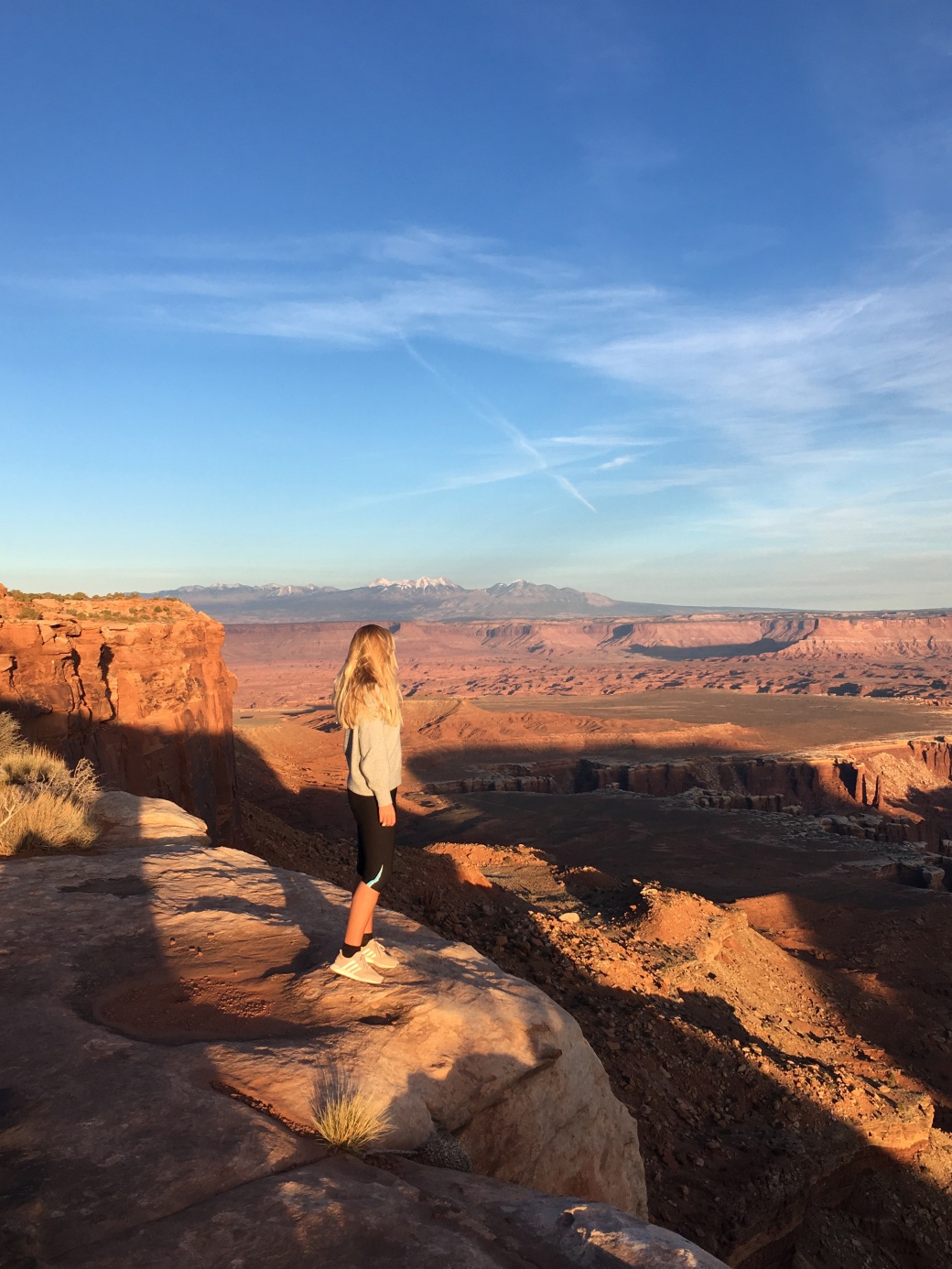 These were all situations that could potentially have ended a different way, but they didn’t. I am not foolhardy, but equally I do see the best in people and in travel. And why? Because boundaries are in our mind and when we travel we break them down time and again; after doing this repeatedly, we understand that the world is as we experience it, not as it’s portrayed on the  TV or online. I have all too often been asked about my experiences of events I have ‘lived through’, such as the attacks in Barcelona or the voting issues in the city and my response that ‘on the ground’ it’s a lot more mundane, is met almost with disappointment.  I think that is the issue. News has to sensationalise and make it interesting in order to keep the audience entertained. The reality is so very different and the more you travel the more you realise that.  The Mark Twain quote about travel being fatal to prejudice and bigotry rings very true.

This isn’t to say that I don’t understand the fear. They say that when you have a child it’s like having your heart running around outside your body. I have two gorgeous little nieces and the thought of them coming to any harm I find very distressing. However, I equally would find it very distressing if they didn’t go out and live the very best lives they can. The pendulum has swung too far towards wrapping young people in cotton wool which ironically means that in later life they end up with fewer coping mechanisms . 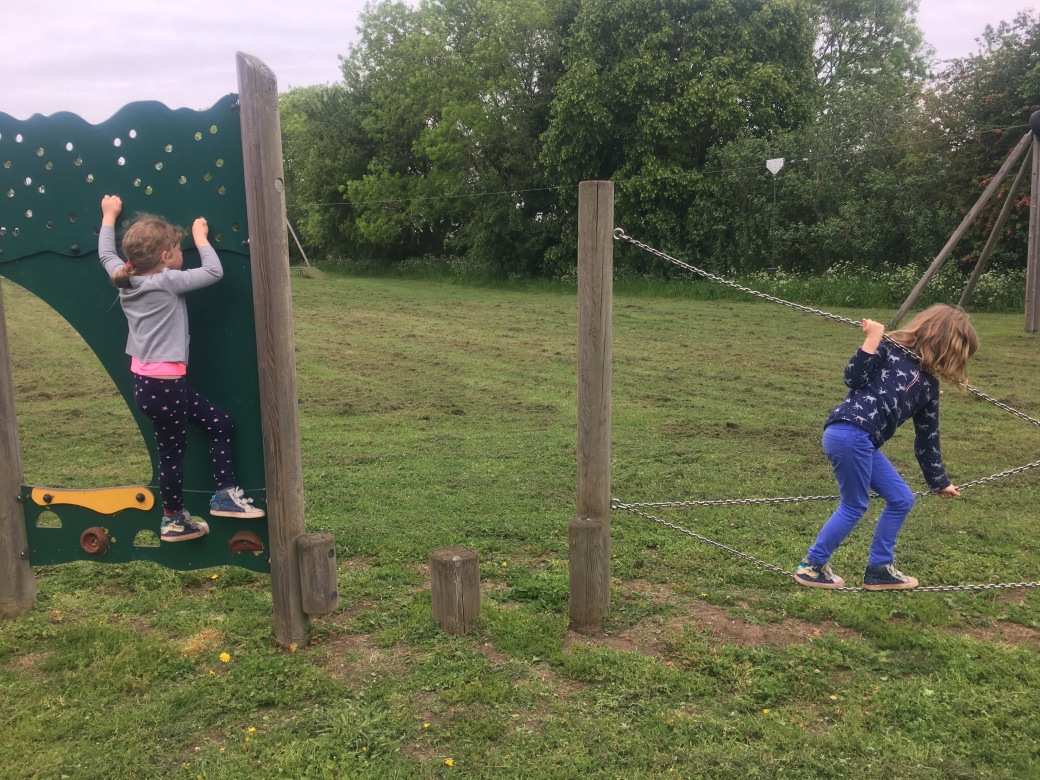 When it comes to travel, we need to balance risk with experience and if we are now at the point where people can’t go in the water because one child on one trip drowned, then our sense of proportion is all wrong.  We send children overseas to make their world bigger and yet all too often we simultaneously make it smaller. Equally teachers and those there in loco parentis, cannot be held to a higher level of responsibility than the parent themselves. There is a tendency to ‘blame’ others when something goes wrong, rather than accepting that in life unfortunate events can happen which are often out of anyone’s control.

Travel should be the height of living and not merely existing.  Its intent is to broaden horizons, to get people out of their comfort zones and to challenge them as well as demonstrating just how weird and wonderful the world is.  The irony is that when we encourage people to travel we do so because we are asking them to broaden their horizons. But horizons extend beyond geographical boundaries. They are in our minds. If we travel in the same way we live back home, then we have not really travelled.

We need to change the way we encourage young people to travel. We should encourage and reward adventure, curiosity and exploration. In doing so we encourage growth, maturity and independence, surely the very things we want our children to learn. In travel, as in life there is inherent risk, but there is also reward. If you look at those who live their very best lives and who are considered successful they have usually overcome misfortune and taken great risks. Fortune favours the brave. I end with my favourite quote by the unparalleled Mark Twain as he says it so much better than I:

‘Twenty years from now you will be more disappointed by the things you didn’t do than the ones you did do. So throw off the bowlines. Sail away from the safe harbor. Catch the trade winds in your sails. Explore. Dream. Discover.’

For more information on Lexie, please click on the links below:

(and it’s worth noting that halfway through the article there is a ‘Read more’ suggestion of “35 Countries where Americans are most likely to Get Kidnapped”……….)

One thought on “Living not existing”